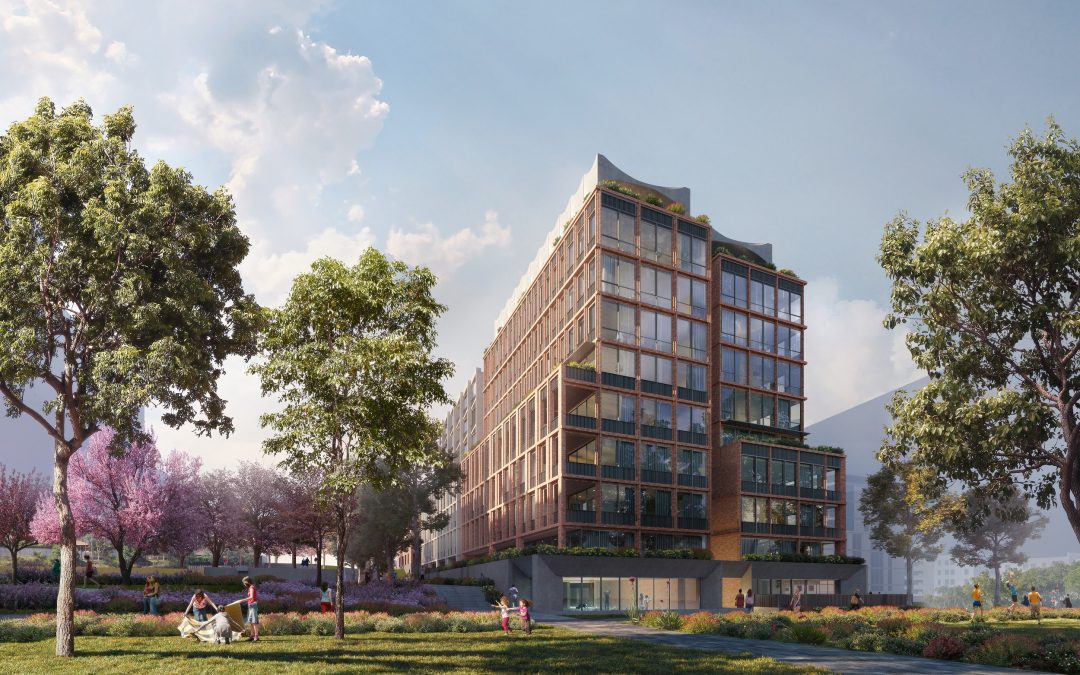 The masterplan also includes a series of public piazzas and extensive publicly accessible open green space creating a contemporary village-style community unlike anything seen on the lower north shore of Sydney before.

Key features of the site includes:

· Mid-rise, masterplanned urban village including parkland and own road network

· Ability to stage or develop in one line

Euro Properties Executive Director Jeff Chan said: “Since the joint venture acquired the site in August 2015, we have added considerable value in developing the masterplan and working with the award-winning architects, CHROFI to conceive this highly sophisticated concept plan for the site.”

“LEPC9 has had numerous advances from prominent groups and has resolved to take the site to market now that significant value has been added to the site through the uplift in density with a new masterplan including improvements in overall layout as well as new connection to the nature reserve,” Mr Chan said.

Colliers International National Director, Development Sites, Residential, Guillaume Volz said this is the most significant trophy masterplanned site that will come to market in 2019.

“It signals the beginning of a new cycle and will be hotly contested amongst most of the big development groups,” Mr Volz said.

“A lot of developers have either held off buying waiting for better market conditions or have not found suitable sites to acquire. This prudent approach has however led to many companies facing a gap in their development pipeline.”

“We have seen evidence of increasing confidence as there have been several direct approaches for the Channel Nine site particularly from those developer interest is increasing with developer’s looking to restock for 2020 and beyond.”

“The location and the fact the site is masterplan approved allows groups to put their mark on the development and to take it forward.”

“Furthermore, the supply wave of apartment sites in Sydney has dramatically dropped and there is significantly less supply coming into the market until 2021/2022,” he said.

Mr Volz confirmed Colliers International planned to present this opportunity to developers overseas as well as the local market.