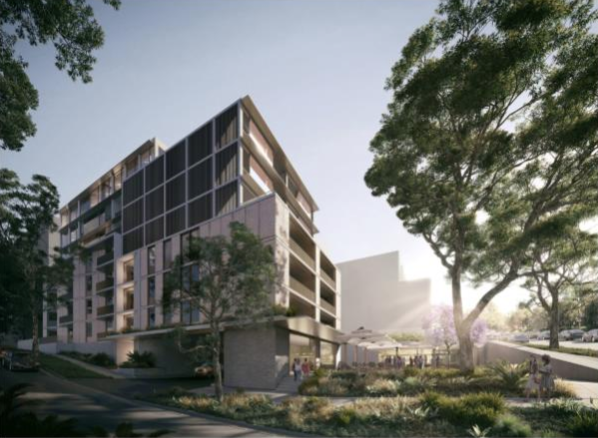 The DA includes provision for 40 apartments and associated parking and the creation of a public piazza at the corner of Scott Street and Artarmon Road.

Jeff Chan, Executive Director for Euro Properties said as another site of special significance to the local surrounding community, in providing well-conceived public spaces, civic architecture and connectivity, CHROFI was selected for its exceptional design credentials in this area.

Jury chair Peter Poulet described the Maitland Riverlink project as “an architectural centrepiece that improves connectivity and celebrates the history, value and ambition of Maitland in regional NSW.”

“A strong civic gesture, this building (Maitland Riverlink) acts as a public living room, attracting and celebrating the coming together of the community, the town and its river and proves the power of public architecture to deliver change, celebration and a legacy for the future,” Mr Poulet said.

Mr Chan said a similar outcome will be achieved for the public at the former Channel Nine site.

The DA submission by LEPC9 is the next stage of the approval process and continues to add value to the site while negotiations progress with a number of parties from the EOI process.

“The plan remains to progress the site on a business as usual basis with a view to setting the project to commence construction in 2021,” Mr Chan said. Channel Nine continue to lease this large site until a later point next year.

Colliers International National Director, Development Sites, Residential, Guillaume Volz said despite contrary speculation in the media, demand for the site has intensified and negotiations are continuing with parties on the site well over $220 million.

“It is a complex project/site and this has resulted in protracted negotiations as parties continue to develop their understanding of this significant trophy site,” Mr Volz said.

“Market drivers such as the further interest rate cut to 1 per cent by RBA as well as signs of the Sydney market recovering and gearing up for the next cycle, have contributed to the continued strong interest in the site.”